Columns: how to replicate example in documentation

At Tip #2 an example is given of creating a complex layout with columns within columns:

See the link for the image.

To recreate this layout can I simply:

The description sounds to me like the aim is to create two columns side by side, then to add a layer of 4 columns within the left hand column. However, this doesn’t work. I think this is because this would be a child column within a child column.

Am learning, so any help appreciated. Thanks!

This is what the above layout looks like with modules added: 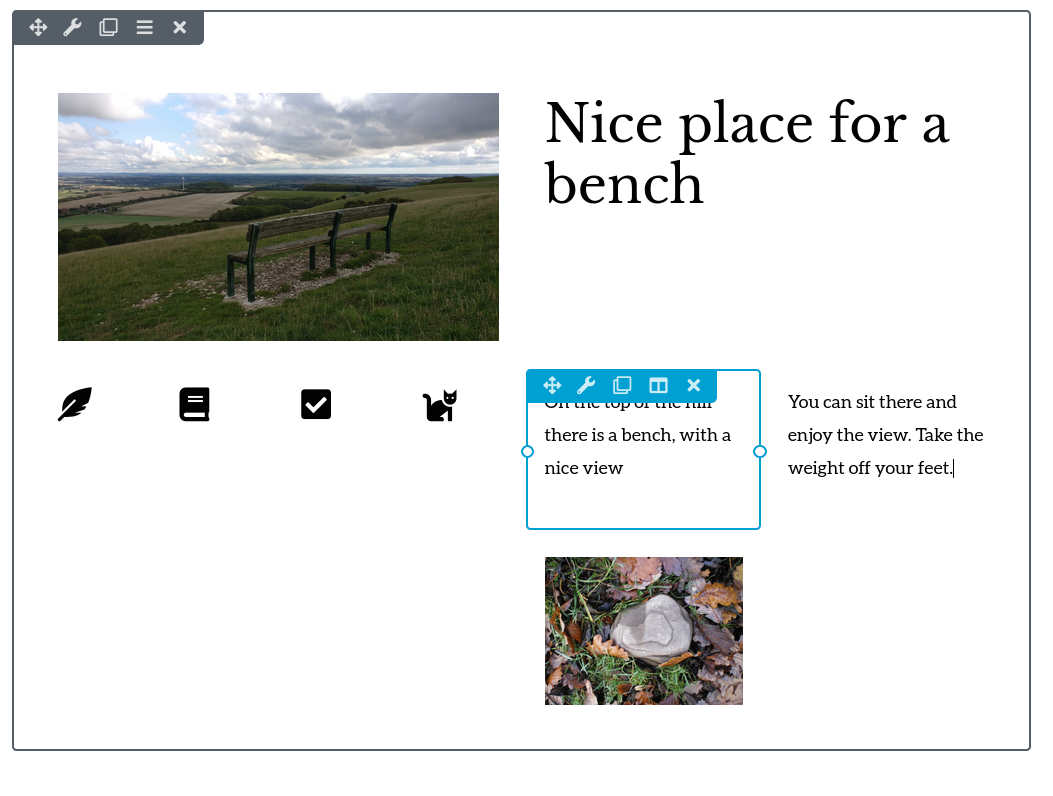 So it’s not the same layout as the example. The two columns at bottom right won’t go any higher than the bottom edge of the image in the top left column (bench).

How can I recreate the example layout?

This is what I was doing:

This is what worked:

This didn’t work for me. Is this an error in the documentation or a quirk caused by my setup?